airlines and john does ... 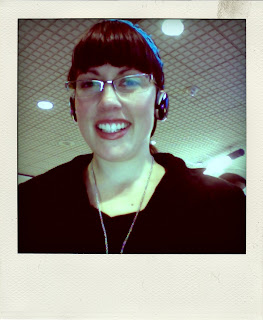 "Flying so high above the world, never thought I could feel so free ..."
That's a quote from South Park, in case you didn't know. Starvin' Marvin rocks!
Anyway, right now I'm chilling at the airport, waiting to board. I've been here since 8am, since the airport security checkpoint line was so short. Seriously, it only took me about 5 minutes to get through ... why oh why did I think it would take so long today? Oh well, I suppose it's better to be safe than sorry.
On a more serious note, I've stumbled across something quite odd and unexpected. As I'm sure most of you know, I am studying Journalism at San Diego State University. I am currently working on a case study for my Media Law and Ethics class, and I decided to write about the pending lawsuit Charles Smith is filing against various "John Doe's" who have allegedly libeled him online through comments on Blake Grey's blog: The Grey Market Report. We've talked in great detail in class about anonymous commenters and what kind of protection they do or don't have against libel and slander; and since I'm in wine blogging, I figured it would be a perfect way for me to explore that.
Well, I emailed W. Blake Grey, asking him to answer a few questions about the lawsuit, and how he feels it affects the protection of anonymity when it comes to online comments. He emailed me saying that he was "going to pass" and that he hopes I do as well. I am very perplexed by this. Does he feel that I should not study this lawsuit? If so, why does he feel this way? He has gone on record on his blog about the lawsuit, saying that he will most likely refrain from commenting. But why would he want me to refrain as well? I have no official opinion about the lawsuit ... I merely wish to examine it as a future member of the press.
This is just another piece of the strange puzzle that is the modern legal system and the internet. Online communication has completely changed the playing field of what is and what isn't okay to say. Traditionally people have been protected through anonymity while commenting online - and through that anonymity I have read some awful, hurtful things.  Without anonymous protection we wouldn't have trolling sites like 4chan ... not to say that is a good or a bad thing, as stated before I am not releasing an opinion on the matter. If you know me in person you can ask me.
If Charles Smith succeeds in getting the IP addresses from Google (and it looks like he is going to) and suing the anonymous commenters, that could possibly have a huge effect on internet commenting and privacy on blogs, forums and several other forms of internet communication. Perhaps even email and private chats. This could set a precedent that would influence internet usage for many years.
But apparently I should pass on discussing this.
I will not.
W. Blake Grey, I ask you to discuss this with me.
Posted by Jainomo at 9:58 AM