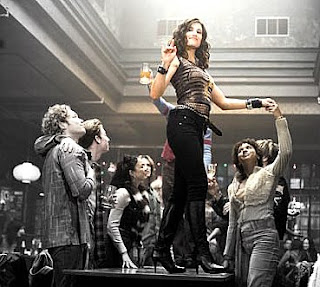 I wanted to take a tiny break from writing about wine to tell all of you some really exciting news. *cue the big band* I just got offered the part of Maureen (see above) in the Monterey Peninsula College production of Rent! I'm so flabbergasted (is that how you spell that word?) right now I barely know what to say. I'm still in total shock.
I went to the audition last Saturday, mainly just for the hell of it. A couple of my friends were auditioning and I figured, why not? I honestly didn't think anything would come of it, because I don't have a lot of theater experience. Haven't done musical theater since I was a kid, although I've been in a band for a long time and I have modern acting and improv experience. I honestly thought that, if I was lucky, I might get ensemble or something. I had to sing and dance for the audition, which was fun. I picked up the dance routine really easily and I sang Don't Speak by No Doubt. Wasn't my first choice song, but it was all I could find the sheet music for :).
So the director called me back to go in the next day. I did some line reading with a group of about 20. Then, he called me back in to go on Tuesday with 2 potential Joannes (Maureen's girlfriend). Then, he called me back in on Thursday to read with another possible Joanne and to do Maureen's performance piece for the director, which was crazy fun. I was really, umm, hopeful that I might get the part, but I wasn't convinced or anything. There were many girls trying out for Maureen (according to my friend Armie, "every girl and their mother was after the part of Maureen").
Nevertheless, the director called me yesterday and offered me the part!! I was at work and I was so happy I started screeching in the kitchen and jumping up and down like a 5-year-old! The staff was entertained, for sure.
Anyway, rehearsals start in June and the performances are in August. I can't wait! Now I have something I can cross off of my bucket list - (co-)star in a musical as a adult!! If any of you happen to be in the Monterey area around that time, check it out!
p.s. it was all worth it just for my dad's reaction (he did musical theater when he was younger). he is so proud and it makes my heart swell.
Posted by Jainomo at 9:20 AM 3 comments:

I would like to start by saying that, yes, I have been a bit of a blog boob for the past month and a half. I've just felt so .... I don't know .... stalemate about everything, that I've just been drinking the wine without writing about it. I'm considering it a mini blog hiatus for my personal health. But I'm rectifying it, starting now. I have a need to share my love with all of you, and I will continue it faithfully.

So yesterday I had the privilege of trying something very unique. I tasted something very few Americans have ever tried before. It was, admittedly, not the best thing I have ever tasted - but to know that I'm one of a few who has ever tried it, I feel blessed.
This was a non-vintage grappa designed by a man named Armando Levi in Piemonte, Italy. This is no ordinary juice - this baby clocks in at 45% alcohol - or 90 proof, something that many vodkas will blush at nowadays. My boyfriend's dad, who showed me this wine, gave me the basic background story on what grappa is, since I didn't know about it. I thought I would pass it on to you.
Grappa is a unique Italian drink - it is not a liqueur, but it is not necessarily a wine either. It's closer to a brandy than anything else. It was first invented many centuries ago, when peasants were forced to produce wine for their reigning lords in order to pay their debts. There were never enough grapes left over to make their own wines, so they instead invented a method to create alcohol using the leftover skins and pits. They would put the skins and pits in a "still" and cook it, using the accumulated vapors to make a concentrated alcoholic beverage. The essence and concentrated alcohol that came from the vapors would then condense into the grappa.

Nowadays many Italians use grappa as a drink to cleanse the gut after a big meal. And boy, does it do the trick. When I first smelled this drink, the alcohol was immediately noticeable. It smelled raw, strong and potent. It cleared my senses instantly. Most of our dinner guests scoffed at it, but I was curious. When I tasted it (in very small doses, mind you, as it is extremely powerful), it was overpowering in its intensity. It was strong than absinthe in its flavor, which is difficult for me to say, as I always find absinthe to be extremely strong. The grappa had notes of honey, brown sugar and black licorice. There were also notes of nectarine and golden apples. According to Chris, this was a good grappa, but not a great one. I honestly had nothing to compare it to, as I had not tried it before.
Chris also told me that the reason this grappa was unique was because Levi, who is now deceased, personally supervised the production of all his wines until his death. In addition, he hand-designed all his labels. The grappa was selling for 150 euros in stores, which equals much more expensive in American dollars :).
On another note, I've been very busy this week auditioning for the Monterey Peninsula College production of Rent: the Musical. I auditioned partially on a lark, since I figured I might as well give it a try. Well, one week later, I am currently a top contender for the part of Maureen, the bisexual performance artist. It's a major role, the most highly sought after by all the women who auditioned. I've been so excited I haven't known what to do with myself! I'll find out next week whether or not I got the part - and I will definitely keep you posted! I've been updating on Twitter this past week because my mind has been so scattered with it all the 140 character limit has felt perfect. By the way, if you're not my friend on Twitter, please add me and I will add you back! I love Tweets!
I've also just finished obsessively playing Dragon Age: Origins. Seriously, I got freaking OBSESSED with the game. Below is the main reason why: the oh-so-adorable Templar Alistair. I just liked looking at him. Way too cute for his own actually-doesn't-exist good. 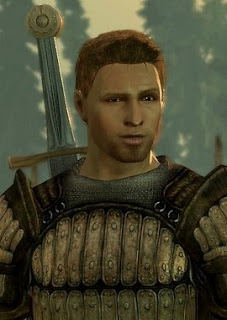 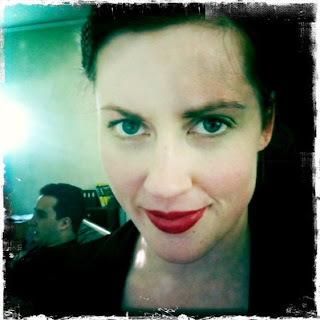 Well, in case the headline didn't give it away, I am currently feeling the lovely effects of what's commonly known as PMS. Before you go all "ewww" on me and demand I retract that message, may I remind you that at least half of the human population experiences this, and therefore it could be considered akin to me talking about how many Americans use Facebook (which I'm sure is a lot higher than 50%, but you get my drift).
The reason I'm mentioning this is because I wanted to share with you one of my favorite remedies for PMS .... red wine! It's been scientifically proven that red wine helps relieve menstrual cramps, as reported by CBS and Natural Home Remedies.org. According to natural remedies specialist Kyle J. Norton, red wine helps relieve the many symptoms of PMS, including cramping, swelling and insomnia, through the following:

(Any food with red color is considered as blood and heart tonic in some traditional medicine). Red wine in fact helps to release the blood stagnation in the body tissues and organs including the reproductive system thereby, decreasing the risk of premenstrual pain and cramps caused by blood stagnation in the abdominal region and increasing the transportation of nutrients to the nervous cell resulting in lessening the risk of fatigue, loss of concentration, and dizziness.


2. Melatonin
Moderate drinking (no more than 1 cup a day) red wine helps to improve the melatonin hormone thereby, increasing the function of internal clock in regulating "when it's time to go to sleep and when it's time to wake up" and lessening the risk of insomnia.


3. Flavonoids
Besides best known for it antioxidants property, it contains epicatechin, quercetin and luteol which also help to increase the digestive function in absorbing vital vitamins and minerals which are found deficiently for women with PMS and inhibitimg tumour growth.


4. Polyphenols
Red wine contains polyphenols which is a powerful antioxidant containing a polyphenolic substructure it has been used in combating neurodegenerative , some cardiovascular diseases. It also consider a chemical agent with anti-aging consequences such as slowing the process of skin wrinkling.


5. Resveratol
It also contains high levels of resvertol which is essential for immune system in inhibiting irregular cell growth and fighting against inflammation including the reproductive organs caused by cell oxidation.

In order to relieve my own symptoms, I'm currently enjoying a glass of 2007 Quinto de Crasto 2007 Douro Red from Portugal (another wine to add to my Around the World list!), which is a blend of 35% Tinta Roriz, 25% Tinta Barroca, 25% Touriga Franca and 15% Touriga Nacional. It's a rather enjoyable wine with a caramel and coffee nose, in addition to a rather noticeable balsamic. It's tangy with a slightly tannic finish. Heavy notes of oregano with not a lot of fruit.
It's definitely an easy-to-drink wine, but I was a little off put by the lack of strong fruits in this wine. Didn't make it bad, it just wasn't expected. But it definitely makes the woman pains go down considerably! Whenever you're feeling the blues, ladies, be sure to down a glass of red wine. Doctor's orders!
Posted by Jainomo at 11:33 AM 2 comments:

Here I am on my lunch break during a pretty slow day at work, a little tipsy on Heller Estate 2005 Sparkling Merlot (even with spitting it's easy for a lightweight like me to get spinny). So I decided to start my poetry slam Fridays. I will write at least one wine-related haiku or poem every friday, plus whatever else I feel like tagging on.
Poetry is my first love, after all, and I hate for her to feel neglected. If you have a wine, grape or other wine-related thing you'd like to hear a poem about, let me know. Or if you have one of your own, send it in!

It tickles my nose.
Thousands of air pockets drenched
in clear fireworks.

Here's another poem I wrote today ... you can thank the sparkling wine for this one ;).

am I jealous or just talentless?
probably both
do I live my hatred through your narcissism?
most likely
what would it take to save both of us?

- Posted using BlogPress from my iPhone

where has the time gone?

Oh my goodness, has it really been almost two weeks? My life is a crazy blur right now - I've hardly had the time to think! Just finished moving into my new house, but I still have some boxes to unpack. I still have no internet (I'm checking it at the library right now), which explains my absence from this blog. Also, I'm sick right now, so I haven't been able to drink wine. Oh my goodness life is a series of kah-razy! It'll probably be a couple of days before I am able to post about wine, since I need to get over this stupid cold first. I'll be back soon! All my love.
Posted by Jainomo at 12:24 PM 2 comments: